Will Diaz Focus on Silva’s Injury at the Anticipated UFC 183 in January? 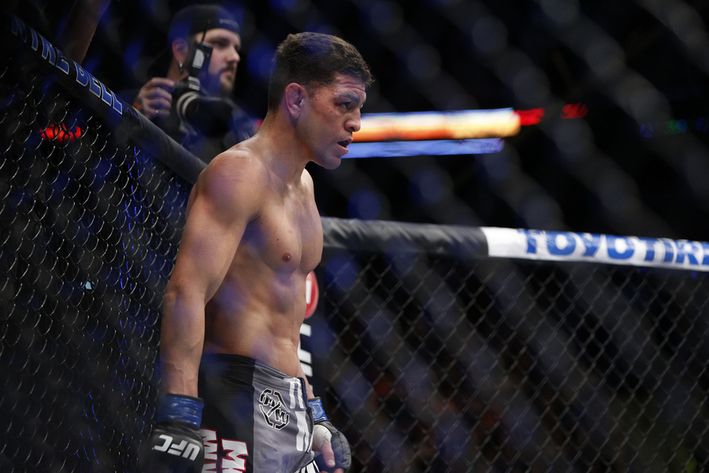 UFC ‘money weight’ Nick Diaz may be the best and worst representation of a martial artist in modern MMA.

That aside, many feel that Diaz will target Silva’s former injury during the fight.

“When someone tells you a fighter’s injured and they tell you to go after an injury, it really throws you off,” Diaz told media in Las Vegas (via Yahoo! Sports).

“It would be sad to lose a fight on account of, you’re trying to concentrate on capitalizing on someone’s weakness when it comes to injury and something like that, [rather than fighting] your fight without worrying about something like that.”

With even Silva admitting his own reservations over the readiness of the surgically repaired limb, Diaz certainly couldn’t be blamed for going right after it.

“I fought someone a long time ago,” Diaz said.

“Someone came up to me and told me that [his opponent’s] knee was hurt, and he said to me, attack his knee, I’m like, ‘Yeah right, I’m not going out to attack this guy’s knee.’ It just doesn’t … it’s not realistic to go after his injury, unless they got a cut the same week, then it’s like, yeah, hit him in the eye, because the [expletive] is going to re-open and now you wouldn’t fight on the cut. Maybe on a cut you want to take advantage of it, that makes sense.”

Diaz and Silva will square off in a five-round non-title fight in the UFC 183 headliner on Jan. 31 at the MGM Grand Arena in Las Vegas.

Tickets are now on sale and can be purchased via StubHub HERE.